British sci-fi author Arthur C. Clarke, collectively in an essay called “Hazards of Prophecy: The Failure of Imagination” and a revised compendium of his essays called Profiles of the Future, describes three laws of “prediction” that serve as a model for writers of “hard science fiction.” Clarke’s third law states that “any sufficiently advanced technology is indistinguishable from magic.” This law provides a bridge between “hard” science fiction and fantasy, as the latter is more commonly associated with “magic.” Essentially, science fiction creates a model that real scientists can use in their own investigations into the unknown (or “a little way past [possible] into the impossible,” to quote Clarke’s second law). It also allows for fantasy to serve a similarly predictive model as science fiction does for the realm of science.

So Weird is undeniably a fantasy series, but that doesn’t mean it is strictly limited to fantasy tropes. Indeed, a lot of the paranormal phenomena encountered on the show comes from real research into “fringe” science, which the writers often put into Fiona’s hands as evidence for her to use in persuading others to her beliefs. It’s an ideology that belies the show’s X-Files influence: reality and imagination blurring together into a single tapestry representing the past, present, and future of technology and humanity. This week’s episodes share multiple similarities: both feature guest characters who want something and come off as perpetually annoyed because they can’t have it, and both feature fantastical twists on established sci-fi concepts. 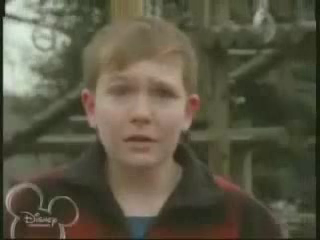 “Tulpa” decides to pull a bait-and-switch. Fi initially thinks James is psychokinetic (or telekinetic, i.e., someone who can move stuff with his mind), when in fact he’s just created the titular creature, a “friend” he invented and willed into existence that eventually took on a mind of its own. But both ideas are connected by Fi’s narration at the beginning. Imagination is the beginning of changing the world; it’s the driving force behind Gandhi’s famous dictum to “be the change you wish to see in the world.” James, for example, is homeless, as evidenced by what he reveals about his parents and the hovel he’s built for himself at the park where Fi, Clu, and Jack are playing basketball. (It’s implied, but never explicitly stated, because for whatever blind spots Disney Channel had to this show, they would surely have noticed a full episode devoted to a homeless boy. That simply would not have fit with the company’s aesthetic.)

To cope with the loneliness, James invents a whole new consciousness with which he can interact. The plot of the episode, then, is how that consciousness has spiraled out of James’s control, very nearly “overthrowing” him. If this sounds like the beginning of a show like Battlestar Galactica, that’s because it’s a related concept. Replace the tulpa in this episode with, say, an artificial intelligence, and the plot becomes very familiar to sci-fi aficionados.

So Weird is unfortunately not equipped to handle the kinds of larger questions this plot implies, which is why the fantasy twist exists in both “Tulpa” and “Singularity.” In the case of “Tulpa,” James is still technically in control of his mind’s creation, but his fear of what he had done had overpowered his agency in the matter. So, Fiona urges him not to be afraid and suddenly everything’s okay. It’s not the best conclusion in the world, but it works for the show, which can, after all, only do so much in half-hour chunks of time. Unlike “Tulpa,” which leans towards the folklore/mythology/religion side of Fiona’s paranormal research, “Singularity” is squarely in the sci-fi realm. It’s the show’s attempt at a time-travel episode, and while it isn’t as successful in its efforts as the second-season Christmas episode “Fountain” (a monster of an entirely different sort), it’s functional in its own way. 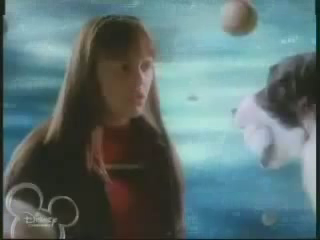 At the center of the plot in “Singularity” is Mad Max, the owner of a house whose backyard has an unfortunate rip in the fabric of space-time hovering about 10 feet off the ground. One only notices this inconsistency in reality when one knocks something into the hole, such as when Jack pops a foul ball during a neighborhood baseball game. Fi and Clu go to investigate and find themselves sucked into the singularity (for want of a better term—it is the episode title, anyway). Clu gets trapped when he touches one of the hundreds of baseballs frozen in time, but Fi falls through some sort of hole and winds up slightly in the past, in Mad Max’s bedroom.

Now, the idea of a “vortex” of frozen time seems patently absurd; it seems to lean more towards a fantasy twist on a classic sci-fi trope (time-travel, which is sadly wasted and forgotten about by the end of the episode). The same can be said for the solution Fi concocts: if there’s a bunch of baseballs frozen in time, why not just bat them into the “walls” of the singularity until it all falls apart? It shouldn’t work, which is, of course, why it does.

However, both “Tulpa” and “Singularity” speak to some key elements in the show’s mythology. “Singularity” wastes the possibilities of time-travel for an episode, but if instead the singularity was labeled as another “dimension,” then it alludes not only to where the show is headed for its season finale, but also to Rick Phillips himself. Remember how last week’s “Rebecca” included the cover for “Another World,” the Phillips-Kane Band record? The singularity is another world: it’s yet another connection between Fi and Rick, and their insatiable desire to uncover the supernatural within their ordinary lives. (Incidentally, the idea of being able to pass through a barrier and into an entirely different dimension, one that lies adjacent to your own, is part of the theoretical science explaining the TARDIS in Doctor Who.) In the case of “Tulpa:” James is a teenager who was lonely because he lost his parents, so he poured his thoughts and emotions into something that may or may not be scientifically possible, and though he didn’t know it, he ended up changing the world around him simply by believing. Sound familiar? “Tulpa” never heavy-hands this, but there’s an unmistakeable parallel between what James did and what Fi does that lends the episode some weight in the long run. (“Tulpa” also ends with Molly beginning to write “She Sells,” the song about her time writing jingles after Rick’s death. That song will come back around later, but it tracks with “Rebecca” as we learn more about how Molly forges ahead with her career by turning her past pain into creative fuel.) 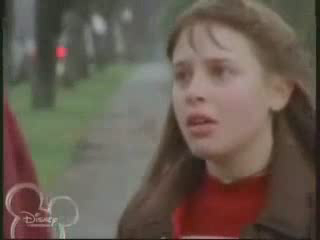 “Tulpa” and “Singularity” also share something else in common: both stories revolve around Fi being left out of a sports game by Jack, a sign of their tense sibling relationship. In both cases, though, it leads to the two sharing a moment of tenderness that reflects their growing love and respect for each other. In “Tulpa,” Jack’s obvious hatred for James, who acts really mean in part because of his tulpa, is dulled by Fi’s belief that James is simply unable to control whatever paranormal power he has. And in “Singularity,” before Fi and Max return to the singularity in order to save Clu and Max’s dog The Rocket, Fi catches up with Jack after his failed attempt to retrieve his baseball and opens up to him with plain terms and a big hug. It’s a raw moment (powered by rain, which is how the show highlights its significance) that serves as a way-point for the two characters as the show enters the last leg of season one. It’s also a powerhouse moment for Cara DeLizia, who finally steps up to Patrick Levis’s level: if this moment doesn’t sell the audience on the two of them as siblings, nothing else will. It’s worth earmarking this particular scene as So Weird approaches the season one finale.

If conspiracy theories are to be believed, then the singularity featured in “Singularity” is already possible, because everyone knows that Walt Disney’s body is actually cryogenically frozen and hidden away in a vault somewhere beneath Disneyland. But even if this week’s episodes don’t fully commit to being science fiction, they still present interesting theoretical concepts to think about for the future. More important, though, is the need for belief. James’s belief created an entirely new consciousness sans body; Max’s belief that his dog actually disappeared instead of the more grounded, realistic ideas other people presented to him bears fruit at last when he and Fi discover the singularity in his backyard. Multiple people tell Fi that she’s just this side of crazy, and that her theories aren’t really feasible. But because she remains open to various possibilities, she is capable of forging ahead and finding “the truth” as The X-Files defined it. Or, to paraphrase another famous British author’s most famous character: “When you eliminate the impossible, whatever remains, however improbable, must be the truth.”

Cameron White is a freelance writer currently residing in Arkansas. He writes about television over on his blog, Wayward Television, and tweets about the end of the world as we know it. His obsession with television was founded in 1996 by The Disney Channel and fostered by his discovery of Firefly in the summer of 2007. He thinks Hamlet is overrated.

One Response to “Review: So Weird, “Tulpa” and “Singularity””