One of the most common complaints about Lost and other serialized television dramas is that the plot would move along much faster if the characters simply shared all the information they had at any given point in the story. The problem with this interpretation is twofold. First, it assumes that characters are not inherently selfish, meaning that they aren’t always wanting something for themselves. Characters that aren’t wanting something for themselves (even if, as Kurt Vonnegut says, it’s just a glass of water) tend to get subsumed by the needs of other characters or other pieces of the story, thus becoming human plot devices or thematic fountains of wisdom without any recognizable human traits. Good dramatic writing tends to be cynical in that way, though that doesn’t necessarily mean cynicism is the basis of all dramatic writing.

Second, if the characters and the audience all know the important information about the story, the mystery and suspense of the story is ruined. The obvious ways forward are laid clear for everyone, and any dumb mistakes made by characters would be incredibly obvious to everyone watching. 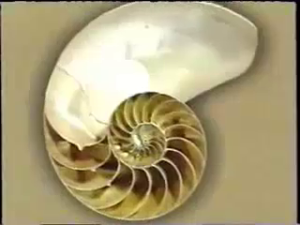 So Weird has doled out bits and pieces of information to the audience about Rick Phillips through Fi’s investigations of the paranormal and of her Celtic origins, but in the background of these investigations is the scene from “Strangeling” when the audience finds out that Rick was investigating the paranormal up until his death, and that Molly has been keeping this information from her daughter. But Fi has been inching closer to the truth this season—the titular “Medium” helps Fi reconnect to her father via music, establishing the best-known musical cue of the show (that isn’t a Molly Phillips or Phillips-Kane Band song), and “Fountain” used a supernatural plot device to give Fi an utterly ordinary fact about her father, one that further binds the two together even though one of them is dead. Then there was “Banshee” from not too long ago, when Fi discovered that her father was not supposed to die in that car crash. “It was not we who took him,” the spirits said. But why?

The plot of “Strange Geometry” is necessarily sparse because it must make way for a defining moment in the show’s history. The sparseness works in its favor, as it allows director Mark Jean to focus on building particularly engaging visuals. The story thus takes on the flavor of Gothic literature, or of classic horror movies set in and around creepy houses and buildings: the creak of the floor, the spooky faces coming out of the walls, the unusual geometric nature of the architecture.

That last characteristic is courtesy of the episode’s antagonist, a British architect by the name of Everett Patterson. He designed the building in which the episode takes place, a building where Molly is filming a music video for “She Sells.” The director of this video is former Phillips-Kane band member turned filmmaker John Kane (played by Mackenzie Gray, whom Supernatural fans will recognize as the Djinn from season two’s antepenultimate “What Is and What Should Never Be”). John, who is himself British, notes how well-known Patterson’s architecture is in England, and how legend says his buildings are all haunted. This puts Fi into investigative mode, which leads to a series of looks between John and Molly. John, of course, knew about Rick as well, and so the vibe between him and Molly is akin to the vibe Molly shared with her sister Melinda back in “Strangeling.”

Patterson comes off as a bit eccentric at first. His obsession with seashells is evident in the building as Fi, Carey, and Jack explore it, and when Jack digs up some blueprints, he notices that the dimensions are in fact directly corresponded to the Fibonacci sequence. (That, at least, explains the seashells, as the Fibonacci sequence is related to the Golden Ratio, a mathematical property that is said to occur in nature—particularly in, you guessed it, seashells.) Fi discovers more as she does research on her computer: Patterson was obsessed with the idea of reincarnation, and a video clip of a former colleague proclaims that his buildings all had secret rooms where he built “portals” to the spirit world.

Patterson’s spirit is quick to guide Fi to the portal in his building, and for the third time (possibly fourth, as the Nexus in “Will O’ the Wisp” is considered a gateway between worlds), Fi is face-to-face with the spirit world. Patterson meets her and begs her to fix his calculations by adjusting a lever in his portal machine so that he can prove to the people who thought he was crazy for saying that “life begins at the core of the nautilus, thus life can begin again” that he was right.

But Fi is quick-witted; she realizes that Patterson’s other buildings were “haunted” because they were in fact flooded with the ghosts of spirits trapped behind the membrane that separates the real world from the spirit world. So what happens when she does create a bridge between the two worlds? Won’t the real world be flooded with reincarnated spirits? But Patterson is quick to pull back from his own ambitions: “We won’t cause a stampede. We can close the portal once I’m through.” Fi questions the morality of this (“But look at ’em. They’re so sad. Don’t they wanna get through too?”) and is ready to reject Patterson’s suggestion when he makes the same desperate plea that Bricriu made: “There must be someone!”

Of course there’s someone. They never speak his name or even his usual moniker of “daddy,” yet Fi’s burning desire to see her father is all over her face. But so, too, is her resolve. Unlike in “Will O’ the Wisp,” where Fi only had to stall for time until her anagram program guessed Bricriu’s name, and where Bricriu’s last-ditch effort at halting Fi’s guesses laid his True Neutral facade out for the lie that it is, the onus here is on Fi to make a choice. And she does: instead of fixing his machine, Fi breaks the lever off and uses it to send Patterson’s spirit flying back into the spirit world, bringing the machine and a healthy portion of the building to ruin.

This obviously is not an easy decision to make. It shares its dilemmas with “Becoming,” the two-part second season finale of Buffy the Vampire Slayer. Buffy can see in his eyes that Angel is back, but the portal to Acathala’s hell dimension is already open, so she has to make the personal sacrifice in order to save the world. Similarly, Fi is again presented with the chance to see her father again, even to bring him back to life. But she also sees the horror of the spirit world, of millions of dead souls crying out for resolution, for catharsis. She acts heroically, making the same choice Buffy made, in stopping Patterson’s return to life. But like Buffy, she also worries about whether or not she made the right choice.

Molly has no wisdom here, though. After she and John clash over “the secret” all episode, Molly finally gives up the ghost and tells Fi that she is, in fact, very much like her father. And why has Molly been keeping this secret? To protect Fi, since Rick’s investigations only led to his death in the end. At long last, the truth is out there for characters and audience. But now the conflict shifts to Fi and Molly. Fi is understandably upset that her mother kept this secret for so long, citing in particular how she’s always felt isolated from everyone else, so to hide the fact that she shared something in common with her own father is a violation of trust. Molly can only turn away from her daughter’s teary-eyed look with a simple, sincere “I love you,” because she is still afraid of losing everything, even now that Fi knows the whole truth. 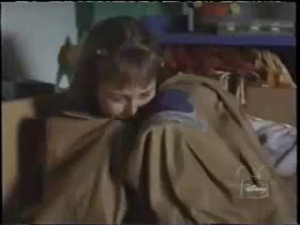 “Your father… was the bravest, noblest, best man I ever knew. And you’re just like him,” John tells Fi. It’s true; whatever other faults Fi has, she makes choices that saves lives all the time. But “Strange Geometry” brings her face to face with her own desires, in particular wanting to connect with her father in some way. To this point, that desire has largely been in the background, guiding Fi’s decision-making through the paranormal events surrounding her and her family. Today, though, she realizes that however seductive or engaging the ideas of reincarnation and life-after-death can be, they begin with one of adulthood’s greatest hurdles: to accept the very fact of death as the only constant in life. Fi wants to see her father again. But Patterson showed her why that can never happen.

In the end, curled up under John’s jacket, she contemplates the very grown-up struggle of mortality while looking very much like a little kid again. It’s a picturesque snapshot of So Weird‘s painful core, a wound that grows wider and more cavernous with the march of time. Dramatic writing may require a necessary withholding of information, but that definition leaves out how damaging that information can be to the characters and the audience alike.

Cameron White is a freelance writer currently residing in Arkansas. He writes about television over on his blog, Wayward Television, and tweets about dragons, naturally. His obsession with television was founded in 1996 by The Disney Channel and fostered by his discovery of Firefly in the summer of 2007. He’s looking for this one girl with hair like this?