So Weird does a fine job of building up its layers of personal mythology. The first season cobbled together a series of unusual incidents connected by the absence of Rick Phillips, which culminates in Fi’s defining choice in “Will O’ the Wisp.” That episode also confirmed the existence of the spirit world and hinted that Rick might be there, trapped by the unfortunate circumstance of being dead. Season two’s “Medium” began merging the mythology with the Monsters (or Paranormal Events) of the Week, creating a Buffy-esque marriage that allowed the show to be syndicated on the channel while also pushing forward the story in a way that wasn’t too confusing for new or returning viewers. But by and large, Rick Phillips has remained more in the abstract, an idea of a man maintained by Molly, Fi, and Jack as coping methods for getting through life without him. This is partly by design, as the show hints that Rick’s spirit is unable to do very much in the spirit world, which prevents him from being able to interfere on the mortal plane. Until now. 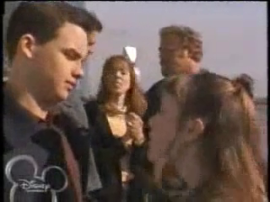 “Troll” is largely a Monster-of-the-Week romp, with Betty Phillips (no relation to Mackenzie) happily chewing the scenery as the titular character, the niece of Ymir, interpreted in this episode as the first troll, which isn’t too far from the truth. But it’s couched by a promise between Fi and Jack: if she eases up on the supernatural business for a week, then Jack will be a nice older brother for the same period of time. As one can imagine, this doesn’t last very long. After all, the nice old lady who lives next to the broken bridge is turning people into vegetables!

But it’s more than the sibling truce. Fi leaves her laptop powered off on the bus, but it magically turns itself back on. Later, it punches in the name “Ymir” for Fi while her back is turned, prompting Fi to suggest, “Maybe I really am going off the deep end.” (Cara DeLizia says this with such conviction that it’s a consistent laugh line. It’s as if she finally begins to accept what has been Jack’s thesis about Fi the whole time.) At the final confrontation, the laptop appears to her with the location in South Dakota that she needs already searched, but the troll turns it into an apple before she can reach it. It’s not quite obvious who is trying so desperately to reach Fi through the iGeneration’s weapon of choice until the cell phones of every troll victim begin ringing. Fi pulls open the drawer to find a hundred cell phone and pager screens all yelling one word in caps: “FAITH.”

And what do you know—Faith, South Dakota is in fact the closest city to Thunder Butte. But as Fi is about to get on the bus, with the bridge fixed and the troll victims free of their unfortunate fates as vegetables, she receives another e-mail from an unknown sender: “KEEP THE FAITH.” Fi looks up at the sky. “Daddy?” Indeed, the show has finally freed Rick Phillips, if only for a moment, to allow him some time with his daughter. And they manage it without taking away Fi’s agency or her intelligence. She fights hard throughout the Q&A, and takes advantage of some loopholes involved (technically, another Republican did lose the Republican nomination to Dwight Eisenhower in 1952) in order to keep going. But she’s still a teenager, and sometimes she needs an assist from her parents. This parent just happens to be dead.

“Troll” brings So Weird‘s Gothic influences to the fore, too. The troll, like the one in Three Billy Goats Gruff, asks questions of knowledge, rewarding the knowledgeable with more questions and the losers with a one-way trip to Veggie Tales. But the final question is literally and figuratively a matter of faith. Fi could try and have a longer version of the truce with Jack, but she needs her faith if she wants to be closer to her father, and closer to uncovering the truth about his premature death. So the show reinforces that belief system while finally bringing the abstract man into the mortal realm, if only for a moment. Not bad for an episode’s worth of work.

As a special bonus for you, here are the questions asked in the final confrontation between Fi and the troll. 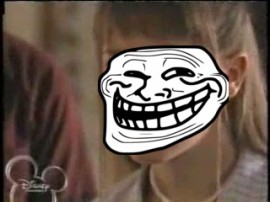 Cameron White is a freelance writer currently residing in Arkansas. He writes about television over on his blog, Wayward Television, and tweets about The Lizzie Bennet Diaries, WHAAAAAT. His obsession with television was founded in 1996 by The Disney Channel and fostered by his discovery of Firefly in the summer of 2007. He never realized how much we rely on idioms!