In a better world, So Weird would have used Molly’s one-off teaching gig, presented in “Banglebye” as merely a runner and an excuse for the bus to stay in town for a few days without playing a show, as a means of contrasting with The Great Volmar’s town-wide hypnosis trick (sorry, town-wide hypnosis illusion) via the works of Michel Foucault. After all, teaching is often described as the job where one gets to “mold and shape young minds,” a power not unlike that of hypnosis but for the key difference in consent; it’s possible to argue with a teacher, thus providing a different perspective for everyone involved, but a good hypnotist would remove even the possibility of dissent.

Instead, “Banglebye” largely confronts that removal of free will, a simplification of the more complex possibilities the episode’s ideas provide, and that’s due in small part to the use of video games as the delivery mechanism for the hypnosis. It’s almost laughably ironic that the one episode of So Weird that actively uses multimedia as a brainwashing device is devoid of any non-white, non-heterosexual, non-cisgendered characters. It’s certainly fair to point out the power of multimedia to influence peoples’ minds, especially young people whose brains are still growing and developing biologically, but doing so in service of a bland “free will is good!” message does a disservice to the media being used as well as the larger implications of, well, using multimedia to influence peoples’ minds. 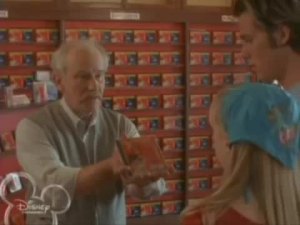 The worst part is how all of this material could have been expanded on if the show hadn’t wasted so much time on needless scenes. The conflict at the heart of “Banglebye” is between The Great Volmar, an old man who used to be in the circus with his wife, and the children of the town, with their lollygagging and soccer-playing and model airplane flying and such. Jack and Clu get roped into the hypnosis by being themselves during an otherwise polite soccer match, which leads to them renting Banglebye and getting themselves hypnotized. This sends Annie to the rental store as well, where the episode not-so-cleverly tricks the viewers into thinking Annie played the game. She uses this as a ploy to get closer to The Great Volmar’s wife, Mrs. Johnson (it’s annoying how little either character uses the other’s first name). In this scene, the best of the entire episode, Mrs. Johnson laments how children no longer ruin her garden. “Everything is… perfect,” she says, looking despondent. Even when describing his wife to Annie, The Great Volmar notes how she lived for the challenge of the high-wire back during their circus days, so it’s bizarre that he doesn’t realize the true impact of his actions. He tried to quiet the town down so his wife wouldn’t have another heart attack; instead, he took away her reasons for living. This is subtly represented by the brainwashed kids in town. They’re quiet, courteous kids who complete their homework on time and never do anything wrong, which on the one hand makes them better behaved, but on the other hand takes away the spontaneity of life that is key to, for example, creative endeavors like music and painting. (“It’s like they’re never gonna have any fun ever again,” Carey says, watching Jack and Clu shine everyone’s shoes on the bus.) 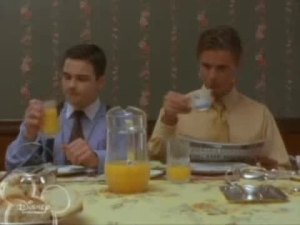 In the end, of course, Annie’s listening skills pay off, and she gets The Great Volmar to reverse his actions through a sequel, Banglebye 2. The ending is played as happy: Mrs. Johnson’s garden gets ruined, which revitalizes her in a way that makes The Great Volmar smile; the spell is broken on Jack and Clu, too, which sends them back out to play some football; and then the band packs up and leaves, as they always do. But the ending, while logical, only emphasizes the lost possibilities of an episode in which children are brainwashed through video games. Instead, “Banglebye” fights to portray the kind of idyllic white middle-class town the Walt Disney Company had in mind when they set up shop in Celebration, Florida. Like “Voodoo,”  “Banglebye” is a sign that So Weird‘s storytelling compass has been hijacked by the magnetic signature of Disney Channel executives for the worse, not the better.

Cameron White is a freelance writer currently residing in Arkansas. He writes about television over on his blog, Wayward Television, and tweets about death-defying acts of cat heroism. His obsession with television was founded in 1996 by The Disney Channel and fostered by his discovery of Firefly in the summer of 2007. He is not another clone of Tatiana Maslany.