The biggest problem with So Weird‘s third season, the one by which all of the other problems with the season are defined, is its inconsistency. In the wake of Fi’s departure in “Lightning Rod” and the introduction of Annie in that episode and the three high school-based episodes that follow, So Weird asks itself, “what kind of show do I want to be now?” The answer is a resounding shrug, as the show veers between its mythology and its desire to refocus on standalone episodes, which was itself informed by the Disney Channel’s push to make the show fit in tonally with the rest of the network. Thus the show does the offensive “Voodoo” and the heavy-handed “Banglebye,” following up with the bizarre “Exit 13” and the good-but-not-great “Carnival.” An increased focus on comedy is a common feature, but the jokes really only works in tandem with a good plot (“Beeing There”) or with an expert at the helm (“Snapshot”). To say nothing of the show’s inability to keep Annie’s panther at the forefront of the mythology, unlike Fi’s dad, whose presence could always be felt even in episodes that had nothing to do with him.

It’s refreshing, then, that “Still Life” comes along when it does. Written by longtime series writer and newly-appointed season three executive producer Bruce Zimmerman and directed by longtime series director Patrick Williams, “Still Life” easily matches So Weird‘s highest points. It’s an example of how frustrating watching So Weird‘s third season can be: some days, the show pops out an episode like this one or “Beeing There,” while other times, there’s a “Changeling” or “Banglebye” just around the corner. “Still Life” rises above its companions in the ill-fated third season in two ways: the simplicity of its ideas and the execution of its plot.

There are two main ideas at the heart of “Still Life”: the conflict between art as a form of escapism and art as a reflection of real life, and the conflict between art as a business and “art for art’s sake.” Both ideas are expressed explicitly in the cold open as the episode introduces the artist, Perry (played by Alex Zahara, who like most guest actors on So Weird bounced between most of the major genre franchises of the 1990s) and his agent, Miranda Scott (played by Samantha Ferris, whom Supernatural fans will note as Ellen Harvelle, mother of Alona Tal’s Jo Harvelle in that show’s second and fifth seasons). Perry is working on the landscape painting that is the focus of the plot and Miranda notices how strikingly different it is from his other works, mostly because he doesn’t normally do landscapes. The wedge of doubt this places in Miranda’s mind carries into the execution of the plot, which extends the art-as-escapism argument by making the painting a place people can literally escape to, which Perry does in the cold open and which the rest of the characters do within the first eight minutes of the episode. 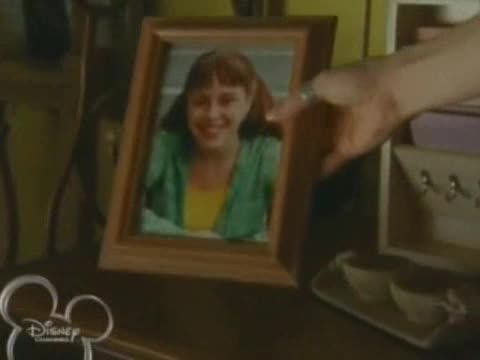 The plot breaks down the way most So Weird plot do: act one, introduce supernatural element and submerge viewers and characters in it; act two, present complications (usually in the form of Jack’s Doubting Thomas voice) that make it more difficult to return to status quo; act three, resolve everything. By virtue of following this formula, “Still Life” becomes Annie’s best epiode to date simply because she is more actively involved in saving Molly, Jack, and the Bell brothers than in most season three episodes. The episode once again plays on Annie’s outsider status and the Phillips-Bell families as surrogates for her own parents, but this time, Annie fights for them for real, using souvenirs of their storm-soaked home to convince them that the picturesque painting locale isn’t someplace they can stay forever.

The best part is that she’s very nearly successful; it’s just that the idyllic landscape is a bit more alluring, and the group needs a nudge in the right direction. That’s where the storm comes in. The show strands the characters at home in the middle of a nasty thunderstorm in order to provide a basis for them to want to be somewhere else (the prime currency of escapist fantasies and stories). Then the plot, which centers around Annie’s attempts to convince Perry and the rest of her surrogate family that reality is better, makes the audience forget that there’s a storm going on in the real world. It’s only when the paint starts to run in the fantasy-scape that the audience is reminded of the family’s feeble efforts to hold back the leaky roof. Perry the artist, who believes in art for art’s sake and the purity of escapism, falls with his work, while the rest of the family beat a hasty retreat. 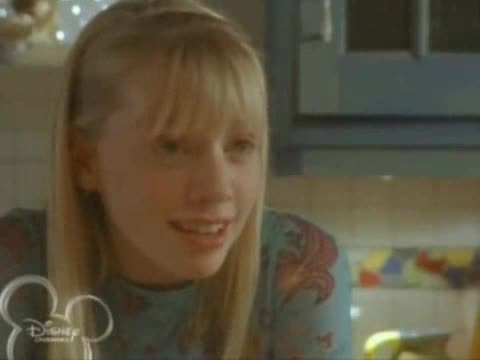 In “Still Life,” then, is everything that made So Weird so fantastic at the start: a dark heart, a supernatural idea grounded in a complicated concept, and a journey to save family at the cost of the truth, or the magic beyond the reality. It’s almost stunning how this could have easily been a Fi episode, and yet it couldn’t have existed in the Fi era because Fi’s journey was always pointed in the direction of her father, which made it a journey everyone could take. Here, Annie keeps the secret of why the rest of the gang’s stuff mysteriously pops up in a mailed package a week after the events of the episode. Just as the panther has assumed a protective role for Annie, so Annie begins to assume a protective role of the Phillips-Bell tour bus. (The show subconsciously makes this connection through the soundtrack, which adopts some of Annie’s worldly instrumentation to recall the omnipresence of the panther in her life.) It’s a role shift that will subtly influence the second half of this messy third season as the show marches towards its death by Disney Channel’s 65-episode policy.

Cameron White is a freelance writer currently residing in Arkansas. He writes about television over on his blog, Wayward Television, and tweets about bananas. His obsession with television was founded in 1996 by The Disney Channel and fostered by his discovery of Firefly in the summer of 2007. HE IS SPARTACUS.